Danny gets into the swim of all things SCE

Home Danny gets into the swim of all things SCE

Ex-international swimmer Danny Pryke has taken the plunge into a new career with SCE, after representing Papua New Guinea at the highest level, including the 2009 FINA world championships in Rome and the 2010 Commonwealth Games in Delhi.

Moving to Wollongong from Cairns earlier in the year Danny started a traineeship in Logistics in October.

“At the moment I’m mainly doing inductions and data entry. I help relieve supervisors with their paperwork so they can get onto other work.” 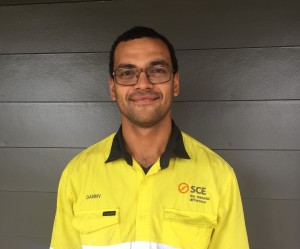 No stranger to hard work in or out of the pool, Danny moved from Papua New Guinea to Australia in 2013, working in a banana flour factory in Far North Queensland while training near Cairns.

“I was training in PNG before moving to Cairns for the past two years. It was very hot up there so the pool was a good place to be,” Danny said.

With a successful swimming career behind him Danny hopes to achieve similar results in his new career.

“I was still swimming full-time up until April this year before deciding to get a real job and start making some money (laughs).”

Posted 3 years ago 1 Minute(s) to read